Summer is gone and even if it has been a surprisingly warm September the morning fog and temperature tells us it is not possible to avoid the autumn. This time of the year always results in a lot of conferences, meetings and seminars. Everything that was planned for before summer has to be done as soon as the vacation period has ended and the time is now.

Strengthening the area based businesses

A short video was made showing how many ecosystem services that farmers are taking care of. The video, "The farmer's unique role - I had no idea about that," is already on Youtube

. It will be launched together with a new brochure, "The unique role of the farmers," which in an accessible way describes the various ecosystem services. The intention is that the video and the brochures will be used at farmers' meetings. The video on its own can be used for many different stakeholders.

There has been in all ten different “bush tours” arranged at various places in Sweden in cooperation with, and sponsored by, the Swedish Rural Network. A “bush tour” invites politicians, officials from municipalities and county governments, people representing different organizations and journalists to participate. The tour goes to places where pastures are abandoned and overgrown with bushes and the questions lifted are Why have the farmers given up? Who is affected? What can be done about it? The aim with these bush tours are to make people aware of the importance of farmers for all ecosystem services, not only production of food and energy, but also creating a living and attractive landscape, suitable for recreation and tourism among other things. These tours have gained quite a good media coverage. We have also had a seminar with the same theme during the Swedish Rural Parliament. 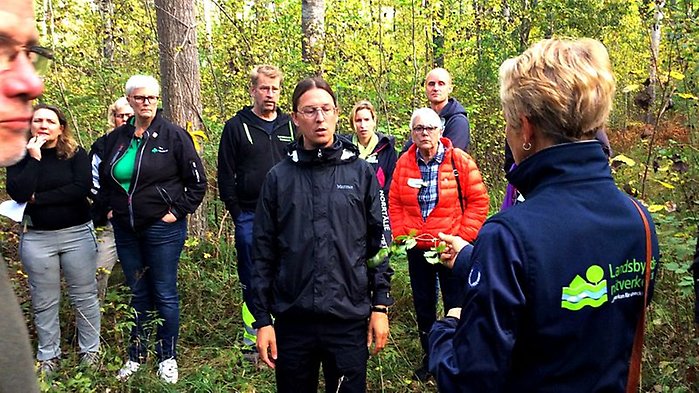 There has been in all ten different “bush tours” arranged at various places in Sweden in cooperation with, and sponsored by, the Swedish Rural Network

A thematic working group for Fishery and aquaculture has been setup and during the autumn it will form four sub groups for specific goals and activities. The four sub groups will focus on:

The NRN Coordination group for CLLD

Stronger links between the Leader groups and the thematic working groups

The CLLD Coordination Group is trying to promote the Leader areas to use the expertise within the thematic working groups. There is also a Leader representative in each group contributing with a local development perspective.

Celebrating 20 years of Leader in Sweden

The national conference for the Leader areas celebrated 20 years of Leader in Sweden and was held during the 27th – 29th of September on the west coast of Sweden in the town of Varberg. Some 160 participants from almost all 53 Leader areas gathered together with the Managing Authority and representatives from other member organizations in the NRN. The theme of the days was “The tourism industry as a driver for rural development”. It was both reflected in several workshops arranged by the NRN thematic working groups but also by presentations from Visita, The Swedish Tourism Sector and Employer's Organization, The Swedish Agency for Economic and Regional Growth and two different successful projects from the region.

Some 160 participants from almost all 53 Leader Areas gathered together to celebrate 20 years of Leader in Sweden.

Six articles with best practice in rural integration have been published at our website and another two are scheduled. A video about the multi-cultural food cooperative on Orust will be finished at the end of this month.

A report, a video and two articles about methods to identifying housing for newcomers in rural areas were released and sent out to the municipalities last month.

Together with the Association of Agricultural Colleges, NF (Naturbruksskolornas Förening

), a guide has been produced for schools in the association who want to hold courses for newcomers and asylum seekers at secondary school level and as adult education.

A workshop on how to help newcomers and asylum seekers to start a business was held in September. The result of the workshop will be documented in a report after a follow-up meeting with the participants, in November.

The working group also arranged a workshop at the National conference for the Leader areas.

In June, a report was published about how different support measures and project opportunities in the RDP were used by youth during the last programme period. You can find it on our website and it also contains a method guide with tips on how to reach and include youth in rural development. (In Swedish though)

Two workshops about youth in rural development have been arranged, one at the Swedish Rural Parliament of 2016 in Gotland and the other at the National conference for the Leader areas.

During the fall, educational material about youth inclusion is going to be produced. The purpose is to attract young people and to inform LAGs and their election committees the benefits of involving youth. It will also deal with the practicalities of how to reach out to youth and get them involved and also what might be needed to be changed in time, place and style of the meetings in order to be interesting and meaningful for younger members.

The thematic working group is about to apply for project funding from the RDP in order implement some of the ideas brought up within the group.

One of the member organisations, The Swedish Agency for Economic and Regional Growth, has, due to the discussions in the group, decided to expand its ongoing survey of the demand for and the existing trainings and educations within the field of tourism industry. It will now include specific questions regarding nature based tourism. The working group has also suggested to add a passage about nature based tourism in the official Swedish strategy for the tourism industry.

Together with the The Federation of Swedish Farmers (LRF) there has been a fruitful discussion about rules for commercial outdoor tourism activities on private land owned by others. Due to the old established right in Sweden (and in other Nordic countries) to freely walk in and enjoy nature on private land, even picking berries and mushrooms, there is a discussion about the rules when this right is used for commercial purposes.

The working group also arranged a seminar at the national Leader conference in September. 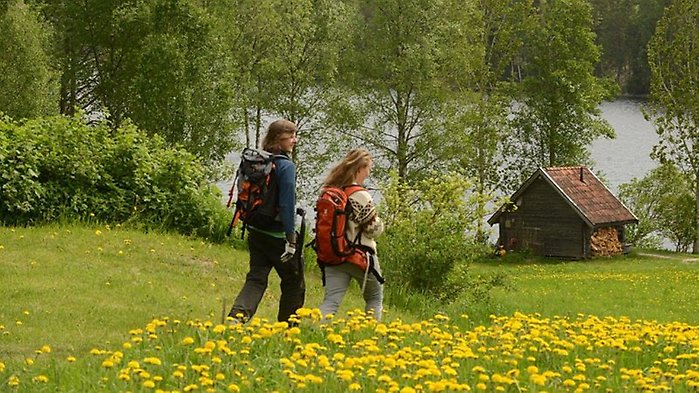 Together with the The Federation of Swedish Farmers (LRF) there has been a fruitful discussion about rules for commercial outdoor tourism activities on private land.

The thematic working group invited to a seminar with the title ”Service in cooperation is developing the rural areas”, during the Swedish Rural Parliament. It attracted a large number of participants. Communication is very important for us, so at the same time as the seminar, we published an edition of the NRN Newsletter focused on service issues in rural areas. We will use that newsletter to strengthen knowledge among potential applicants for support. In August a podcast was published on the theme of innovative service solutions in the NRN podcast channel ”Landet”. Like the other thematic working groups we arranged a workshop at the national Leader conference in September.

Communication is the keyword for the working group for service in rural areas. The group has a great challenge to highlight the demand for elementary services in rural areas. It´s also a task for the group to inform about the possibilities for support in the Rural Development Programme for different measures concerning service in rural areas, especially support for innovative service solutions.

At the big Agricultural Fair Elmia, 19th to 21th of October, there was a Knowledge and Innovation Square at the initiative of the Swedish Rural Network. There were exhibitors representing research, consultancy and training. In the middle of the square there were a Future Workshop where student groups worked with the challenges concerning sustainable food supply by the year 2030. 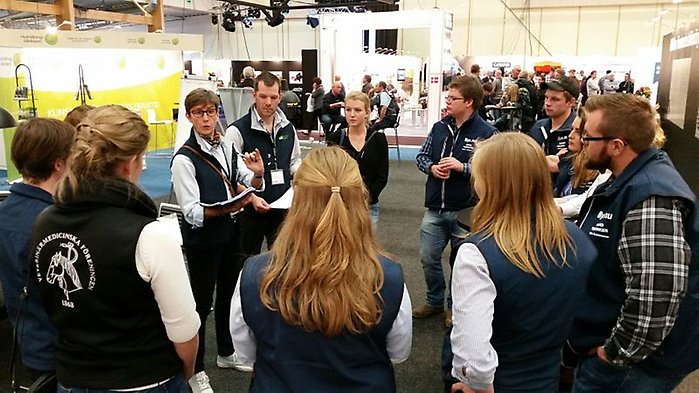